Posted at 00:57h in Uncategorized by The Bikeworks Crew

Hi there! Did everybody have a lovely holiday season? Are you a little fatter than normal, and your liver hurts? Yeah, us too.
Well, enough chit chat, lets talk about bikes.
Since it’s the off season, we finally got around to putting price tags on all our bikes. And in the process, we have marked down every bike in the store that isn’t a 2016 model. That means that most of the bikes in the shop are at least 15% off right now. We are also selling off a few of our demo bikes.
I wrote some lovely sales tags using my fine penmanship skills, which I will present to you now, so you can get an idea of what we have around…. 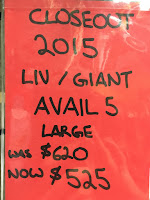 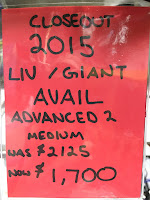 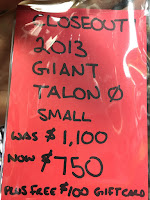 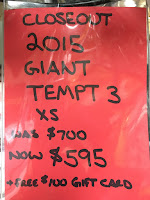 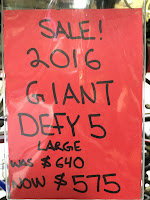 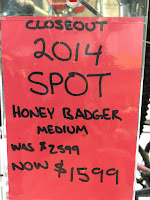 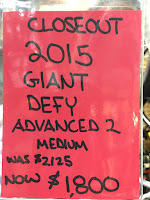 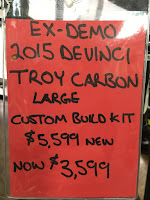 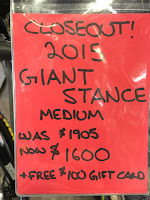 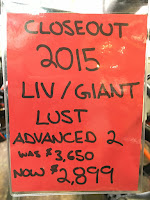 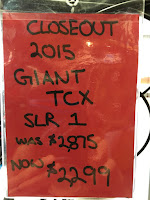 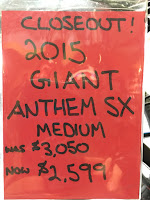 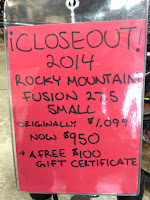 See! Bargains!!!! And that’s just some of them.  Speaking of bargains, we have a funny story behind us yelling “BARGAINS” in the shop all the time. Come by and I’ll tell it to you.

Nextly, we’ve got a couple nice used bikes to move along. Such as a nearly new Surly Karate Monkey singlespeed, a Trek Madone 5.9 with Ultegra Di2, and a Volagi Viaje XL.  We will talk about the Volagi, since that’s the one I have pictures of at the moment. 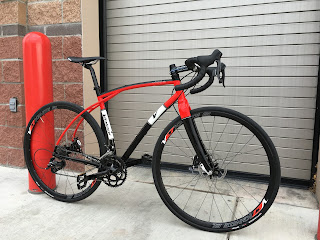 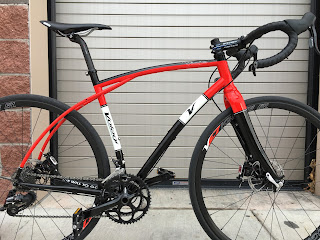 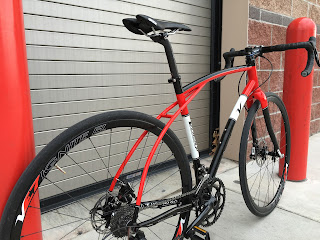 Remember Volagi? They were the ones that the big red S sued when they first came out.  Anyway, we took this Viaje XL in on trade recently. It hasn’t been ridden much, has a few upgraded parts, and we’ve dialed it in so it’s ready to roll. Originally it probably sold for close to $3,000. We’re asking $1750.

Check it out and other screaming deals on our “Sales” page.
http://www.bikeworksabq.com/p/sales.html
Whats that? You didn’t know about the sales page? Well there it is. Boom!

Lastly, we’re up to a little winter remodeling project. 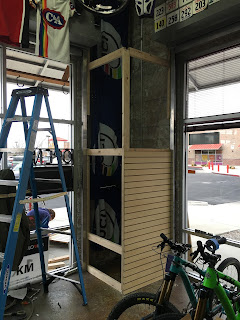 Yup, we’re finally putting a phone booth in our shop.
Actually, we’re taking the useless dead corner of the shop and trying to make it useful.  There will be some storage space inside for clothing, and some much needed slatwall space for retailing our fine wares.

And that’s about all for now.  We have a few more bikes going up on the “Sales!” page soon remember the Sales! page? You know, the one I was just talking about? Seriously, pay more attention.