Posted at 13:17h in Uncategorized by The Bikeworks Crew

May has been interesting so far.  We had some racing plans, and then there was weather.

On May 9th we closed up shop so and headed up to Cortez CO to race the 12 Hours of Mesa Verde. This is a very popular race that takes place on the legendary Phil’s World trail network. The race has historically sold out of it’s approximately 1,000 spots in minutes. It’s just that good.

The weather forecast for this year was a little iffy, but not terrible. So we packed up and headed out. I brought the whole family; Wife, Kiddos, Parents, even my in-laws came out to see the show.

We set up camp under overcast skies. 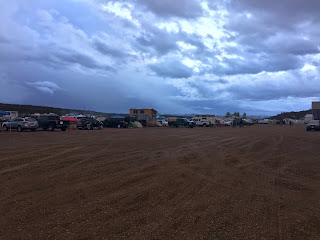 Then we headed out to Packet Pickup.  Wesleytons figured it was a special event so he brought the fanny pack. 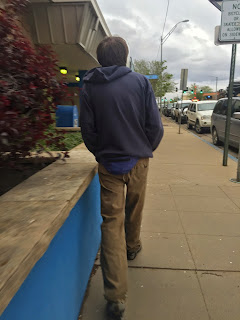 Packet pickup was a Kokopelli Bike and Board in Cortez, which is a very cool shop.  Particularly cool is their vintage mountain bike collection with all sorts of gems hanging on the walls. My favorite was this Crestone. 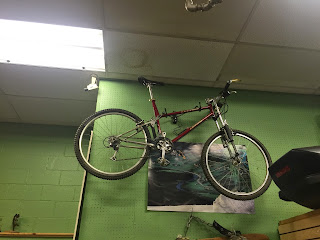 I have never seen or heard of a Crestone before, but this thing has giant rubber bands for suspension, it is awesome mountain bike ingenuity from the ’90s.  Looks like the Museum of Mountain Bikes “MOMBAT” has one too…  http://www.mombat.org/MOMBAT/Bikes/1994_Crestone_Peak.html

I was woken up during the night from flashes of lightning and the sound of rain hammering the trailer. It was cold and wet outside, and I wasn’t exactly excited about it.   Morning came early after a few too many pre-race beers (and/or scotch for some), and it was cold but dry as we prepared.  Then the rain started again just as we were lined up for the Le Mans start.

After a few miles of riding the rain turned to snow.  Then it kind of turned to hail, then a  kind of sleet, some sideways snow, then maybe a little rain again.  Basically it was just cold and wet.  About halfway through the lap the course started getting saturated, the mud was sticking and the trail was getting slippery.

I had a pretty good start, and had managed to avoid the slow bottleneck crowds that can happen on the first lap.  So I finished my first lap in about an hour and a half, and that allowed me to get off the trail before it became unrideable.  But I saw some pics later of riders walking their bikes because of the mud.

I came in from my lap cold and wet and muddy. 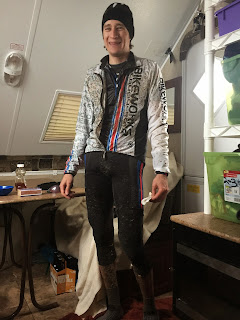 After about 30 minutes of trying to clean, change, and warm up my Dad knocked on the door to tell me the race had been postponed until 10:00.  Sounded good to me.  Now I could think about how to deal with my bike… 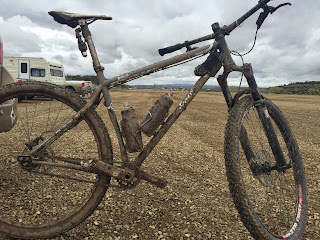 At 10:00 it was still raining and there was a meeting.  They decided to call off the race.  Fears of people’s safety and the well being of the trails were valid.  Best to cut your losses and not destroy these highly valued trails.  It was time to drink beer.

We were planning on camping out for the weekend, so we just stuck around.  It was Oliver’s 5th birthday soon, so we took the opportunity for a little birthday celebration with all his Grandparents. 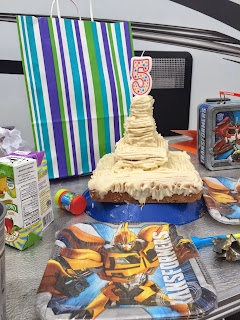 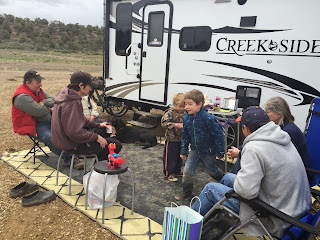 On Sunday morning my Dad took my Mom and Kristi out for a ride and then we moved to a KOA a couple miles down the road for the night.  There were scattered showers the whole day, but nothing serious.  So finally at about 5pm my Dad and I headed out to do a ride in Phil’s World again.  We just rode the race course, as it was still taped.  About halfway through a hail storm caught us.  It only rained/hailed for a little while, but it was enough to totally saturate the ground again.

I had just cleaned my bike up, and now it was even muddier than before. 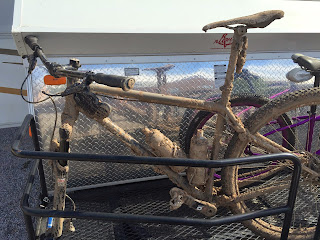 Cold and wet for the second time in 2 days, I was not amused.

And that’s about how the weekend went.  Monday morning we woke to clear skies and sunshine while we packed up and headed home. I had quite a pile of muddy stuff to deal with when we got in. 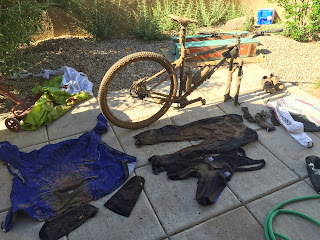 Not the way I had hoped the weekend would play out. But with all my wonderful family there for company we still had a fun time.

Check back soon for my next story about not racing Dawn til Dusk due to snow, and instead racing the Glorieta Enduro, and getting completely muddy!  Thanks for reading!