Posted at 04:55h in awesomeness by The Bikeworks Crew

Sadly, our favorite racer boy Alex Leonard moved away today. Off to Flagstaff to work his big boy job and put all them brains in his head to good use solving the worlds chemical engineering problems (and making dollars).

But, on the bright side, we got to build him a sweet bike before he left town: 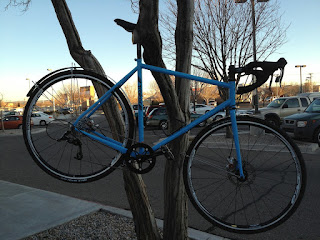 This picture doesn’t do it much justice.  It is a Traitor Ruben, sweet Columbus steel tubed disc brake cross frame, a commuter worthy build, 700x29c tires, and some killer fenders.  Nice touches to the frame like the seatstays gently curving downward to the dropouts, the disc brake cable routed through the chainstay, and the awesome blue paint.  Check it out some more…

Hopefully the new bike will help take the edge of the extreme sadness that Alex is surely experiencing now that he won’t be able to see us on a daily basis anymore.

Moving on, can you think of the most disgusting thing you have ever eaten that was supposedly food? 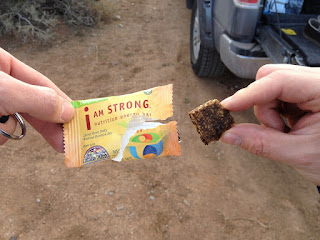 Consider this a warning.  This energy bar is so bad tasting, that several of us literally could not swallow even one small bite.  A lot of words were thrown around when trying to describe the taste of this bar, none of which had anything to do with food (dog poop, bong water, bong water that somebody was smoking dog poop through).
The problem seems to be the “magic root elixir” additive, which contains every single item found in your typical Whole Foods wellness aisle.  I can only assume that this is the healthiest single piece of food ever created, because you know, the worse it tastes the healthier it is.

Speaking of energy bars, who’s going to do some racing this summer?  We are definitely in for the 24 Hours in the Enchanted Forest.  I’m planning on a 4 man team with my Dad, Alex, and his Dad, however I don’t know if either of our Dad’s have been told about the plan yet.
I think if Grover comes out this year he is going to need some ventilation mods, because last year got a bit hot… 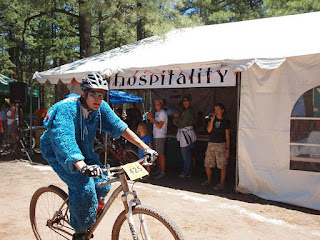 Also, in case you haven’t heard, the 12 Hours in the Wild West race has been rescheduled to May 12th.  While this is unfortunately the same date of the 12 Hours of Mesa Verde, that won’t be a problem for most everybody since that race has a fairly low # of racer limit, and is full.  I personally won’t be attending either event, as May 12th is my son Oliver’s 2nd birthday, and apparently I’m supposed to be around for those sorts of things.

Basically, I’m excited for all of the Zia Rides events this summer, and if you like fun, then you should be excited too.
http://www.ziarides.com/

That is all. Thank you.