Posted at 14:10h in awesomeness, travel by The Bikeworks Crew

Okay, finally got the pictures off my camera and onto my computer. I know, it’s a very difficult thing to do and I’m very impressive because it only took me three days.
I still haven’t seen Charlie’s photos, or gone through the photos that Sian from Endless Ride took while she was riding with us, so I’ll probably be putting up tons of pics in the near future.

Although my story of our adventure starts with the airport, my pictures don’t start until we reach Morzine, because honestly, who takes pictures in airports? I would actually be kind of scared to take pictures in an airport in the US, as I bet it would get me into some security black book and result in full cavity search next time through security. 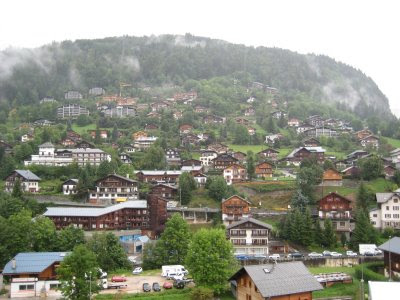 So here is a pic of Morzine. The little town kind of sat on two sides of a valley, so here is one side of the town. It was quite rainy and overcast when we arrived, which was a little disappointing because we had seen forecasts that called for seven days straight of rain. 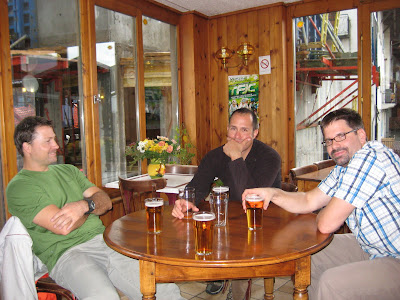 Here we are at Bar Robinson, all of us have been awake for over 24 hours, and we’re just trying to stay up to force ourselves into local time. We’re enjoying several full pints of Mutzig, a mistake we wouldn’t make again. 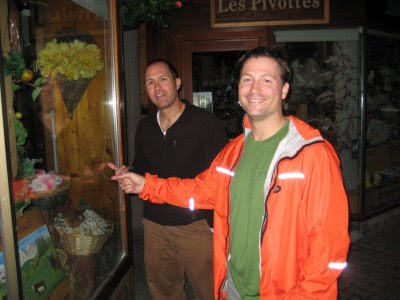 After a few pints of curiously strong beer and an unreasonable amount of time without sleep, really stupid stuff becomes hilarious: 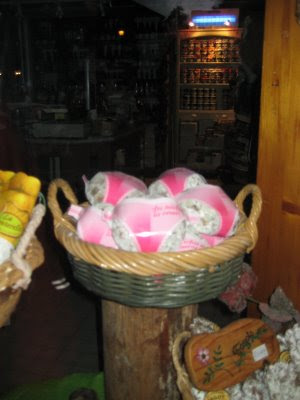 “Hehehehe, hey Dan, it looks like that dried meat is wearing panties, hehehehe.” 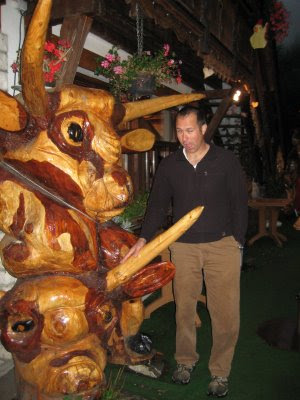 “Hehehehe hey, it looks like that carving has a giant schlong, and I’m touching it. Do we have any more beer?”

Our first night concluded with an awesome dinner and too much wine and beer with a bunch of Brits whose names I never really learned.

The next morning started out with foggy skies and foggy heads, and we hopped in the nearest Pleney gondola, or “telecabine” and headed to the top of the mountain. 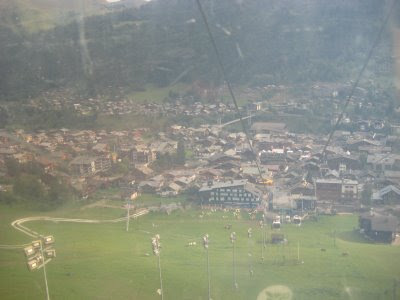 I think they scratched plexi glass adds a nice touch to this pic. This is looking down on Morzine. Our chalet was just a 2 minute bike ride from the base of this lift. 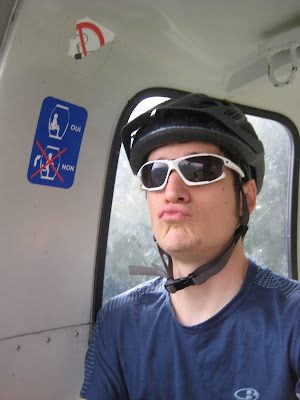 I call this one “blue steel”. 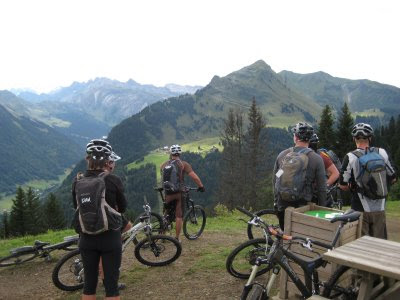 From the top of the mountain, there was an view of….more mountains! I hope you enjoy pictures of people looking at mountains, because that’s going to be a big part of this blog for the next little while. 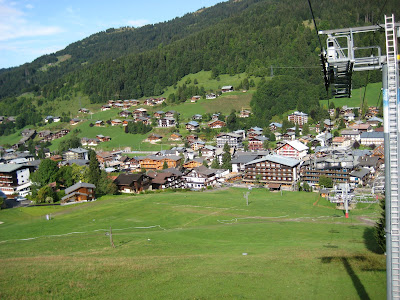 On the other side of the mountain was… another quaint little mountain village! This is looking down at Les Gets.

The Portes du Soleil region, where we spent most our time riding, is something like 124 lifts spread out amongst a bunch of towns, which are all accessable from one another. Basically the mountains are just covered in chair lifts and gondolas going in every direction, with little villages in nearly every valley. The place gets absolutely slammed for the winter months, as you can imagine.
The bike tourist season only lasts for about eight weeks. We were there at the very tail end of it, so the majority of the regular lifts were running for just the first 2 days we were there, and the town was basically clearing out and shutting down by the end of our trip, everybody doing repairs and shops chainging over for the winter. 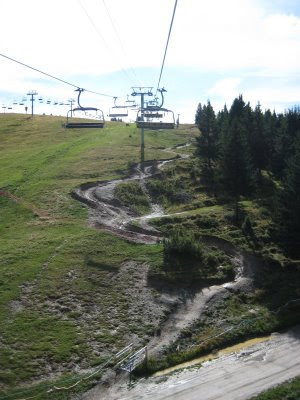 It seemed the majority of the biking tourists were doing more DH type riding. There were some awesome looking trails everywhere, like this one. Unfortunately it had been raining severly before we arrived, so a lot of things were very swampy the first couple of days.

We took advantage of riding the lifts quite a bit the first day, and basically just did various little trails, circling around the Morzine and Les Gets area.

We started to understand that riding in the area meant steep descents: 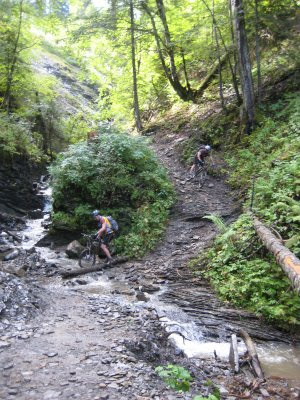 and long, grinding climbs on double track or dirt roads: 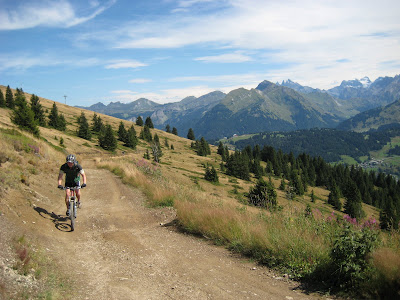 There was not much singletrack that was climbable, and mostly it was all either up or down. Occasionally, we’d have an “undulation”, which according to Gareth our guide, would be anything from a 100 yard vertical grunter to a 20 minute slog.

Here’s a pic of Sian showing the boys how its done, getting up a ridiculously loose, steep, and rocky “undulation” that none of the rest of us would. 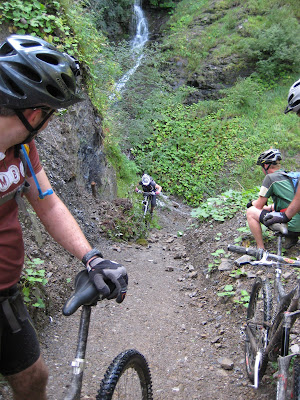 This would be just one of dozens of times that she schooled us. 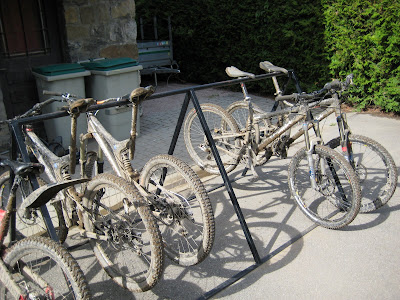 Our days inevitably ended with bike washing sessions to get ready for the next day. I quickly got over my fear of hosing my bike down, as it was quite necessary there to keep things running smooth.
I still haven’t unpacked my bike from its box, which I’m sure is going to need quite a bit of bearing love to get back up and running after 6 days in the Alps.

And that was our first 2 days. Many more riding pics to come.