Posted at 00:02h in Uncategorized by The Bikeworks Crew

We had a ton of new bikes arrive yesterday. 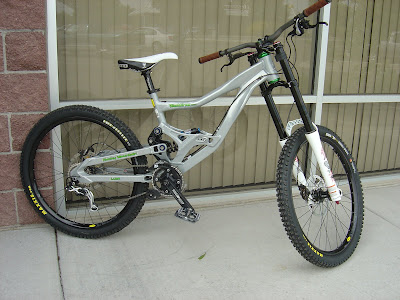 They included, a Rocky Mountain Flatline 3. Rocky’s new DH bike for 08, it’s not an easy bike to get your hands on. Actually, I think this is one of just a few to be in customers hands so far. It was a special order, has already left the shop, and will be getting broken in proper this weekend up at Angel Fire. So if your up at the races, and you see somebody flying by on one, give a cheer for Andy, as it’ll probably be the only one at the race. 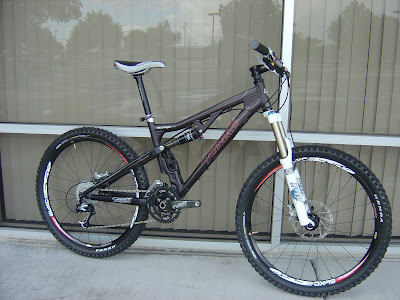 Next to show up was a Tomac Snyper 140. We’re the exclusive Abq Tomac dealer, and this is the first production model we’ve put our hands on. I love the build, there isn’t a cheap part on the bike, and it has the look of a custom build kit right out of the box. It’s a sweet bike that rides as good as it looks. We’ve got a medium on hand, with a large arriving soon (which may or maynot become my personal bike). 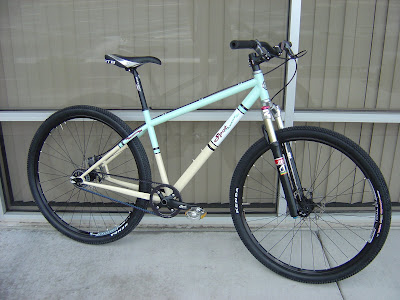 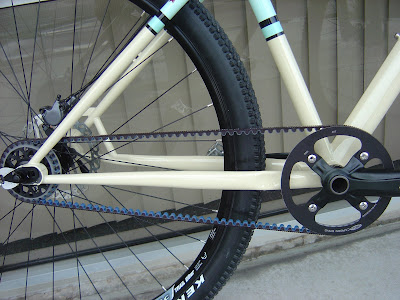 Then the long anticipated Spot Longboard rolled in the door. It’s sweet. I’ve got a 17.5 and a 20″ in the shop right now, with a couple more already on order. I’m going to guess that these bikes don’t sit in the shop for long, a lot of people are very anxious to see this thing, and it doesn’t disappoint. 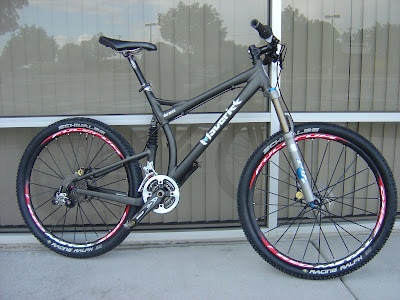 Then I started building Charlies’ new Durance today. Here’s a pic of it, almost finished. It is thoroughly tricked out, pretty much represents the answer to “what trail bike would I build if I owned a bike shop and cost wasn’t important?” Some notable parts include Fulcrum Red Metal Zero wheelset, Formula The One brakes, an ’09 Talas fork, FSA SLK hollow carbon cranks with ceramic bottom bracket, and a bunch of other nasty stuff. Looking like it’ll weigh about 26 lbs, not bad for a 5.5″ trail bike with completely rideable build kit. Charlie sure knows how to build a nice bike. 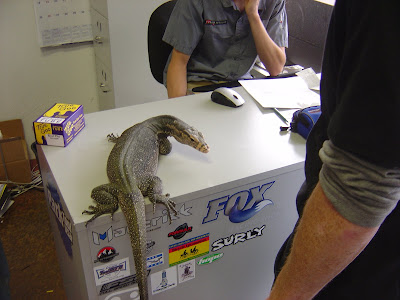 We also had a giant lizard in the shop yesterday. Turns out, I’m not a big fan of giant lizards. You can’t see my face in the photo, but I wasn’t amused, and I wasn’t about to touch it. And this thing was just a baby, supposedly going to grow up to 9ft long and weigh 250 lbs, at which point it will terrorize Albuquerque and relieve us of our stray pet problems. I was kind of happy when it left.

That’s it. Time to get out of the shop.