Posted at 16:08h in awesomeness, rides by bikeworks505

We went out and rode White Mesa on Sunday morning. We knew weather was supposed to be on the way, so we met at 9am, hoping to get finished before it hit.
When we got there, the wind was already blowing. In these pics along the ridge, we look like we’re trying to hammer, elbows out and chest down. In reality, we’re doing like 5mph, and we’re just trying to stay on the trail, because the wind was blowing from left to right, with gusts that must have been 50mph. 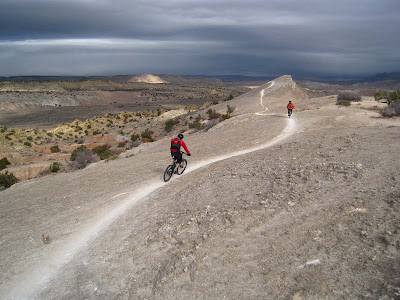 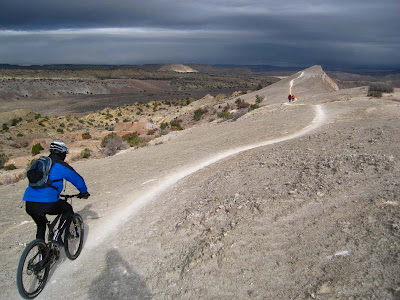 That’s me in the first pic, in the red jacket with the red pack (you can tell because of my enormous calves).
That’s Papa Lucero in the second pic, in the blue jacket. It was his first time on White Mesa, so unfortunately he didn’t get to enjoy it fully due to the wind, but he still had fun. We had him on Charlie’s Maverick ML7/5, so that he could see the light about Mavericks and get one finally. 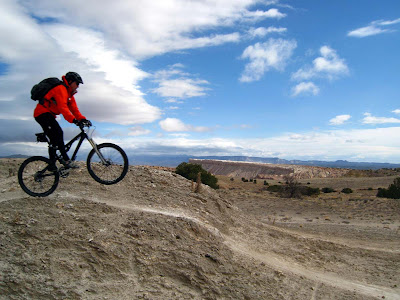 This pic is the closest evidence we’ve ever found to Charlie getting rad. It seems pretty clear that he is about to get rad, but as his rear wheel hasn’t left the ground yet, he has not yet actually achieved radness in this photo. Oh well, maybe next time.